If you’re a Teach For America alum like I am, you’ve probably heard of the name Gary Rubinstein. If you haven’t, stop reading now, because he’s the sort of person who will only erode your faith in the essential goodness of humanity.

I say this because Rubinstein takes perverse delight in trying to tear down the accomplishments of others. He’s someone who roots against the underdog. He’s the guy who ditched his idealism and gave up long ago and now simply scorns those who are still fighting the good fight.

He also happens to be a Teach For America alum (Houston, ’91) from back in the organization’s earliest days. Unlike many of his fellow corps members, however, he hasn’t gone on to “grow and strengthen the movement for educational equity and excellence.” Actually, he’s done the exact opposite: he’s turned his back on TFA’s mission and become one of the organization’s biggest critics. He also likes to attack efforts by fellow TFA alums to close the achievement gap.

Case-in-point: Rubinstein’s recent attack on Louisiana State Superintendent John White’s effort to increase access and participation in Advanced Placement courses. Under White’s leadership, the Louisiana Department of Education has provided schools and districts with incentives to expand their Advanced Placement offerings, as well as funding to cover the cost of AP exams for low income students.

Earlier this summer, White announced that a record number of Louisiana students earned college credit-eligible scores of 3 or higher on AP tests in 2015. This represents an increase of 20% from last year and an astounding 89% increase since 2012. What’s more, the number of African-American students (the most underrepresented group in AP classrooms nationally) earning college credit-eligible scores on AP exams jumped 30% in the past year and 146% since 2012.

Sounds like great news, right? Well, don’t tell that to Gary Rubenstein. He devoted an entire blog post – Louisiana Makes Big Gains* On AP Tests – to trying to tear down these accomplishments. First, he gleefully points out that Louisiana’s AP participation and passing rates still remain near the bottom when compared to other states:

Rubinstein goes on and on beating this point to death. He even adds some charts to the mix that indeed show that Louisiana’s AP participation and performance are still low when compared to states like Maryland, Massachusetts, and Connecticut.

Tell us something we don’t know. It’s no secret that Louisiana has traditionally ranked 49th in the nation in terms of educational performance, so the state’s low AP ranking should come as no surprise. On the other hand, that’s what makes the AP gains we’ve witnessed in Louisiana all the more impressive and important. It’s hard to put a dysfunctional education system on a new and improved trajectory, but the progress we’ve made so far shows Louisiana is moving in the right direction.

Furthermore, as Jay Mathews recently pointed out in the Washington Post, increasing participation in AP courses matters, even if passing rates initially dip. He cites a study of 90,000 high school students that found that those who took AP English or AP Calculus but failed the exam still did better on the ACT than students who did not take AP at all.

None of this matters to Rubinstein. All he can focus on is the fact that, “these numbers are shockingly low and certainly seem to be something that ‘outcome driven reformers’ want to ignore.” To Rubinstein, who gave up teaching low-income kids to work at Stuyvesant High School in Manhattan – one of the most elite, selective-admissions public schools in the United States – Louisiana’s AP passing rates probably do seem shockingly low. However, they’re certainly not any indication of failure. We have a long way to go, but we’re getting more low-income and minority students on the path to college and that’s something to celebrate.

So Gary, you can keep rooting against the underdog and hating on those of us who are still fighting for low-income kids. But just to be clear, we’re not losing any sleep over it. 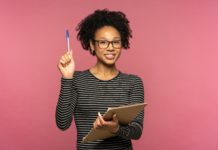