American writer Susan Eloise Hinton, who is commonly known as S.E. Hinton, caused controversy when responding to a person about her well-known novel, “The Outsiders.” Educator Christie DeHart tagged Hinton on Twitter and made the following request, “Please consider writing a graphic novel version of The Outsiders. My students love your novel, and I know I could engage more readers who are reluctant and striving with a graphic novel version. Thank you for this beautiful work!”

Hinton retweeted the eductor’s tweet with the following response, “No   The Outsiders is the first book many people read in their life & it shows them they CAN read a book. Not that they can turn the pages on a graphic novel.”

Then, a debate ensued about graphic novels and their place among other literary works.

Author Angie Thomas chimed in with a slew of tweets. In her initial tweet, Thomas said, “Graphic novels are novels. I don’t give a crap what kinda format a kid reads in as long as a kid reads.” Then she provided an example of a popular graphic novel. “Prime example: New Kid by Jerry Craft is absolutely brilliant and tons of kids, teachers, and librarians love it. And guess what? It’s a graphic novel.”

The main point Thomas wanted to drive home was the problem with the comment Hinton made and the potential impact on children. “You know what turns a lot of kids away from reading? Snobbery. We make them feel as if only one kind of book is legitimate reading and in turn take the pleasure out of it for them. If a kid wants to read a video game walkthrough book, LET THEM.”

Thomas was not alone in her criticism of Hinton. Author Jason Reynolds pondered, “I often wonder what it would be like if every writer believed all forms of literature was, in fact, literature.”

Hinton had support for her viewpoint. Over 9,000 people liked her tweet. She also had educator support. Minnesota educator, Jasmine Lane weighed in on the controversy. “My opinion: read whatever you want on your own time, but on the whole GNs are not worth instructional time, & they are actually *not* good if your concern is struggling readers. It teaches them to rely on pictures rather than the words, which is likely what they struggle with”

In a follow-up tweet, Lane said, “Read what you want, but I’m not going to teach them.”

After careful consideration, I hopped into Lane’s Twitter thread to learn more. In my mind I could not understand why an educator would not use a certain type of text ever in the classroom or at least consider it. I said, “Whew! Never?!?” She responded, “Nope. I don’t think they are worth the instructional time in terms of literature, and they aren’t good for teaching reading because it allows students that already struggle to read (likely from 3 cueing systems ) to continue to rely on images. It’s a crutch”

I provided an example of how I had used graphic novels. “Majority of my career, I was a middle school English teacher. I used graphic novels as paired text. That’s why I said, “Never?!?” I agree with the images statement. I also was an elementary literacy coach and that is a huge issue.”

She responded, “Yay middle school … I agree they can be used along side, but I wouldn’t teach them at the center.”

At the end of the day, I’m not trying to get into a fight online with another educator, especially a fellow Black educator. However, I wanted to know more about her thoughts because it is hard to get people to consider your viewpoint when you don’t first understand their viewpoint.

I agree that Lane is correct about the over-reliance of pictures in teaching students how to read, especially students of color and students in poverty. Since I had been asked so much about how I got my children to read, and read so well, I finally wrote about it on my Facebook page which happened to be earlier this week before this graphic novels controversy occured. I mentioned that children have to have the skills to read words without assistance from images.

Yes, students must learn how to read and improve their reading skills over time, but that does not mean we have to eliminate comic books and graphic novels as options. This mindset is so pervasive for some educators that they dictate what children can read in their free time.

A couple years ago, my sons’ school had a reading day where everyone had the opportunity to sit and read. One of my twin sons came home upset. His teacher told him he couldn’t read a graphic novel during that time. My son was banned from reading a book of his choice on a day that was supposed to encourage and build a love of reading. My son could read two grade levels above grade level, so why did it matter what he read? If he read two grade levels below grade level, he still should have been able to read a graphic novel.

As a child, I read the comics in the Sunday’s paper every single Sunday. I also read nonfiction and fiction novels. Having a variety of reading experiences does not hurt children.

Educators should be inclusive when it comes to book selection. Educators are not teaching novels; they are teaching standards and skills. Teachers can cover the same skills with graphic novels as they do with novels that aren’t graphic novels.

She retweeted DeHart’s tweet again with a different response. “Thanks for the suggestion.  <which is what I should have tweeted in the first place>”

She also said, “Totally changed my opinion on graphic novels today, & should have said many teachers have told me the Outsiders was the 1st book some of their students had completed.”

“In case you haven’t noticed, I am reconsidering it & apologize to all fans of graphic novels.”

Instead of deleting her original tweet, like many people do when caught in a Twitter storm, Hinton engaged with people online and reconsidered her stance. Time will tell if “The Outsider” will become a graphic novel someday and if educators will reconsider their reasons behind excluding graphic novels from their classrooms and instruction.

This article was first posted on indy.education 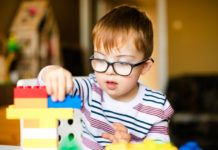